What to Do With Your Old Laptop

Worldwide, laptops are now a standard piece of technology in most homes. Whatever your job, you probably spend a lot of time on your laptop. But laptops have a limited shelf life. Have you considered what to do with your old laptop if you upgrade to a faster, more memory-rich model? There is no reason to toss it away. It has many positive attributes. The world generates about 50 million tons of e-waste every year. This is equivalent to throwing away 1,000 laptop computers every second.

Make sure to recycle your old laptop if you have one lying around. The computer can be adapted into a photo frame, a gaming server, or a NAS data storage system. It’s possible to make something completely different out of a blank PC, whether you’re trying to get it to work again or you want to turn it into some home server. However, a laptop is special: its small size and all-in-one nature make a laptop a good candidate for a little DIY work. You have several options to choose from.

What to Do With Your Old Laptop

Depending on the type of work or preferences you have, you may need to update your laptop’s speed sooner rather than later. The process of finding a new laptop is exciting in itself, but figuring out what to do with an old one is also a challenge. It will save you a lot of pain and stress if you know how to dispose of a computer properly.

The obvious thing to remember is that you will need it to run, which some older laptops might have difficulty handling. It would help if you made your old laptop run again. It may take some work to fix its damages or clean out its interior, and software should probably be cleaned up. If it is still too slow for your needs, you could try Lubuntu or Chromium OS instead. Though you don’t have to follow all these steps-most laptops can be repurposed for other purposes.

Mount-It On the Wall

Consider mounting your desktop or laptop to the wall and using it exclusively as a single-purpose machine if you don’t have any other desktops or laptops in the house. Those could be digital photo frames, kitchen PCs for calendars and recipes, or even fitness companions for entertainment. In this case, you might want to consider this project if your laptop has a few broken parts, such as the keyboard, touchpad, or CD drive, as any of these components are not necessary to fix the computer.

A Windows or a Mac computer can quickly become a wireless hotspot or extender if you have an area in your house without Wi-Fi. It has proven very successful for me on the rare occasion that we work in the basement or a remote part of the house. You can use your old laptop to connect to the Internet instead of buying a cheap router or extender on those rare occasions.

Turn It Into a Hideaway Media Center

It is possible to create a simple multimedia center by converting an old computer. Laptop users, however, have a lot more options available. Laptops have a slim profile, so you can fold them down horizontally and slide them behind your flat-screen TV – even if the TV is against a wall. The free media center offers not as much power as our $500 media center build, but it takes up a fraction of the space.

You can convert your laptop into a handy projector if you want to project something onto a larger screen, and your TV won’t do the trick. Although the video quality isn’t great, it can serve as a little presentation or function as a projector for an exhibition so that we wouldn’t recommend it for movies. The cost is only $5, so there is not much to lose.

Convert It Into a Desktop PC or Silent Server

Laptop parts can sometimes be salvaged and repurposed into desktop computers. That can be a keyboard PC, a silent home server, or even an all-in-one PC. You can connect trackpads, keyboards, and monitors separately, so long as the inside components work.

Transform It Into a Tablet

For those who like playing with a touchscreen PC or reading light books on their computers, there is an easy way to convert a lot of old laptops into tablets with touchscreens. The options we have provided don’t even have to be that costly, though most do require some DIY skills.

The monitor may be a viable external monitor even if the computer itself is getting on in years. This is ideal for adding a second screen to an existing PC, adding a Raspberry Pi to it, or any other use you might have for a second screen.

Gut It For Parts

In some cases, you only have the option of dismantling the tin and salvaging what you can. A good enclosure can help you turn the hard drive into an external drive, at the very least. The RAM is unlikely to be used, though occasionally an external enclosure can be found for the DVD drive. While it is not ideal, you have no choice but to take it when you don’t have any other option. Tim Patterson took the photo.

Sell It, Even If It’s Broken

The final piece of advice is to avoid throwing away that old machine if you do not need it. As long as it is working, you are likely able to sell or trade a laptop or desktop, but if it isn’t, then you may be able to sell it “for parts.” You don’t know what component someone else may need. It is important to pick a laptop with a reliable reputation and wipe the drive securely before selling it. 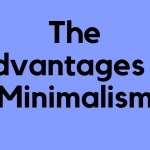